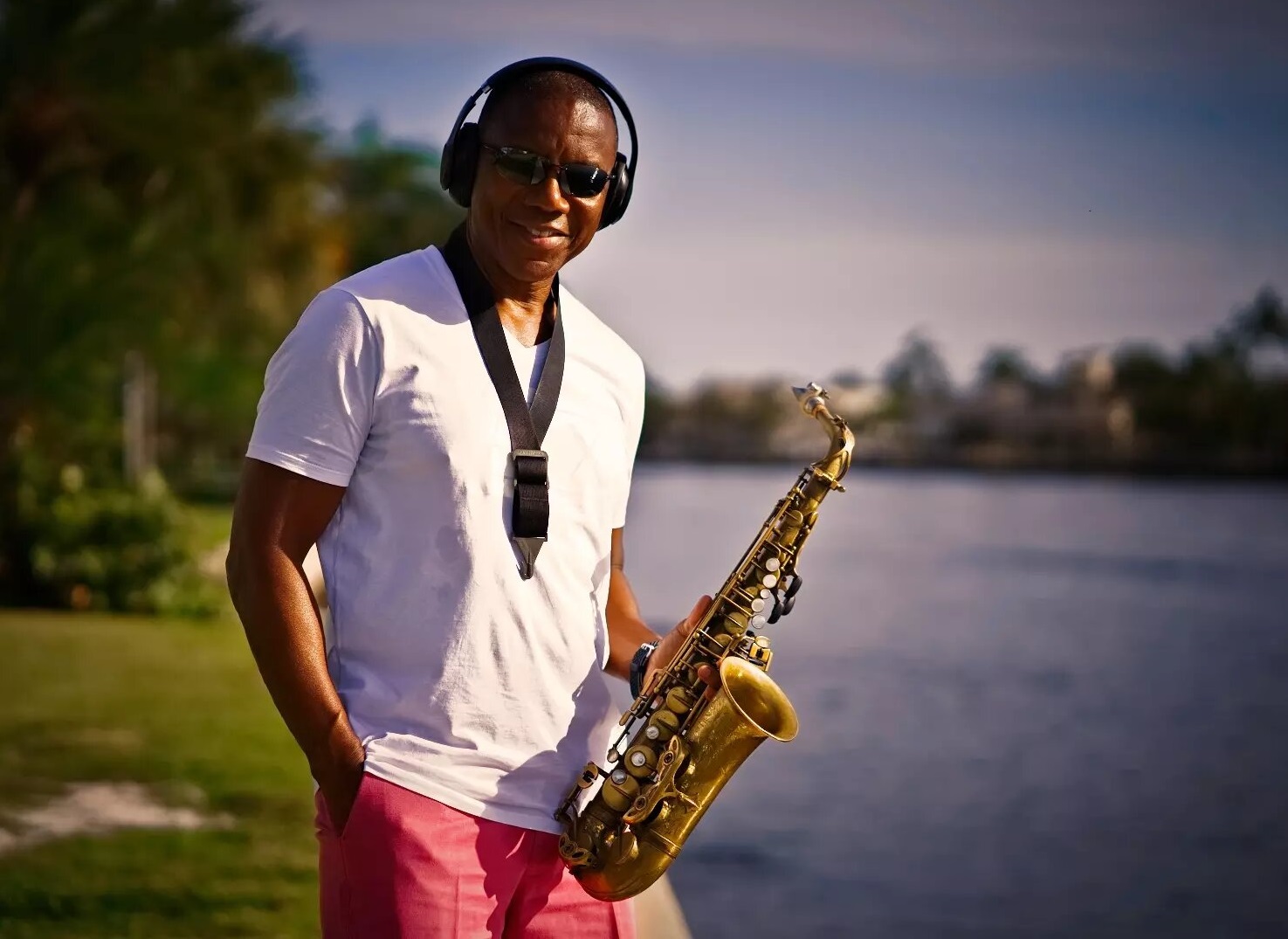 The smooth jazz saxophonist, flutist, and vocalist Johnny James, aka Dr. J., has no limits or borders. From the United States to Singapore to Canada to South Africa to the Caribbean to Mexico, James has proven over and over that music “is the common denominator to bringing people together around the globe".

These days, the common musical denominator comes in two smooth jazz tunes that James has released: Slippin’ and Your Love. Both songs received much love and airplay in the United Kingdom, Canada, and the United States.

James describes Your Love, as a smooth mid-tempo R&B-jazzy composition, with a cool and mesmerizing groove that people are loving. The tune features James on vocals and alto saxophone.  Slippin’ is an up-tempo, “got-to-dance” smooth jazz tune that features James's vocal and soprano offerings. James and producer Vincent Sims penned both songs.

For much of the summer of 2021, Slippin’ and Your Love have charted in London and Canada, particularly Montreal, landing Top 10 on the Canadian City’s famed Hump Chart. In the U.K., both songs are among the most requested on “London Soul Radio,” “It’s a Soul Thing with Alan Irvine,” and “The Network Soul”.

“I bloody love it!!!”, said Nigel Waymark, a UK DJ on London Soul Radio. “I play it on my morning daytime show…I am lovin’ this track”.

James is no stranger to having his musical talents enjoyed by international audiences. The music veteran of 40-plus years lived in Singapore (Asia) for many years. In Singapore, he was known for leading hot bands that played top songs by American artists. With his vocal and saxophone stylings, Dr. J. has performed at the Singapore Jazz Festival, the Esplanade Theatres on the Bay (National Performing Arts Centre), and The Singapore Grand Prix.

James regularly performed at some of Singapore’s most prestigious corporate events, including Tiffany and Cartier. James has played command performances for the U.S. Ambassador to Singapore and several Royal families across Asia. In addition to his musical understanding, James made his modeling debut in Singapore and later his acting debut in the award-winning stage play, Take Me Out. James played the role of Davey Battle in the baseball-themed production.

Over the years, James has showcased his musical talents in other international locales, including South Africa, Mexico, and the Bahamas. In the United States, the entertainer has performed musically at major corporate events in Washington, D.C., Las Vegas, Hawaii, and the U.S. Virgin Islands, to name a few. In 2017, after living in Montreal, Canada, for a year, James returned to America.

Born and raised in Tallahassee, Florida, James’ love for music began when he was a youngster attending a Pentecostal church across the street from his house. Known for its electrifying gospel music, pushed by vibrant bands, the Pentecostal’s spiritual musical vibes significantly impacted young Johnny. After high school, James earned a music scholarship to FAMU, where he played saxophone and marched in the mighty Marching 100, known as “The World’s Greatest and Most Imitated Marching Band”. In addition, James played in the University’s concert, symphonic, and jazz bands.

James’ influence on the saxophone is primarily attributed to the late saxophonist Grover Washington Jr., widely regarded as “the Godfather of Smooth Jazz.”  James is also musically influenced by alto saxophonist and jazz icon Julian “Cannonball” Adderley. The late great Cannonball graduated from FAMU in the late-1940s. Although Washington and Cannonball loom largely in shaping James’ brand as a saxophonist, Dr. J. has created his own distinct style and sound.

After graduating from FAMU with a bachelor’s degree in music in hand, James performed with the Miami-based band Will To Power. The pop-dance band, signed to Epic Records in the late-1980s, released such top hits as Baby I Love Your Way/ Free Bird Medley, Dreamin’, Say It’s Gonna Rain, and Fading Away.

As a solo artist, James has released two CDs: The Remedy (2000) and The Cure (2009). Both contain original and cover tunes, with the musical medicine to lift listeners’ spirits. These days, James, based out of Delray Beach, Florida, is completing another CD called “Breathing.” Before Breathing is released in early 2022, James will release several singles, including “Foolish Heart”.

“I’m excited to see my music being appreciated on international levels,” James said. “I’m the kind of person that likes to focus on things that unite us as opposed to what divides us. I’ve come to realize that despite the many cultures around the world, we are all more alike than we think. Music is the common denominator to bringing people around the globe together".

As Johnny James “Dr. J” reflects on a successful and exciting career, he cannot help but feel incredibly fortunate to have been able to share his love and passion for music with audiences around the world.

“I’m excited to see my music being appreciated on international levels,” James said. “I’m the kind of person that likes to focus on things that unite us as opposed to what divides us. I’ve come to realize that despite the many cultures around the world, we are all more alike than we think. Music is the common denominator to bringing people around the globe together”.

Johnny James “Dr. J” exemplifies the idea that music is a common denominator among people and he has proven so time and time again as his music continues to captivate the imagination of his audiences around the globe.